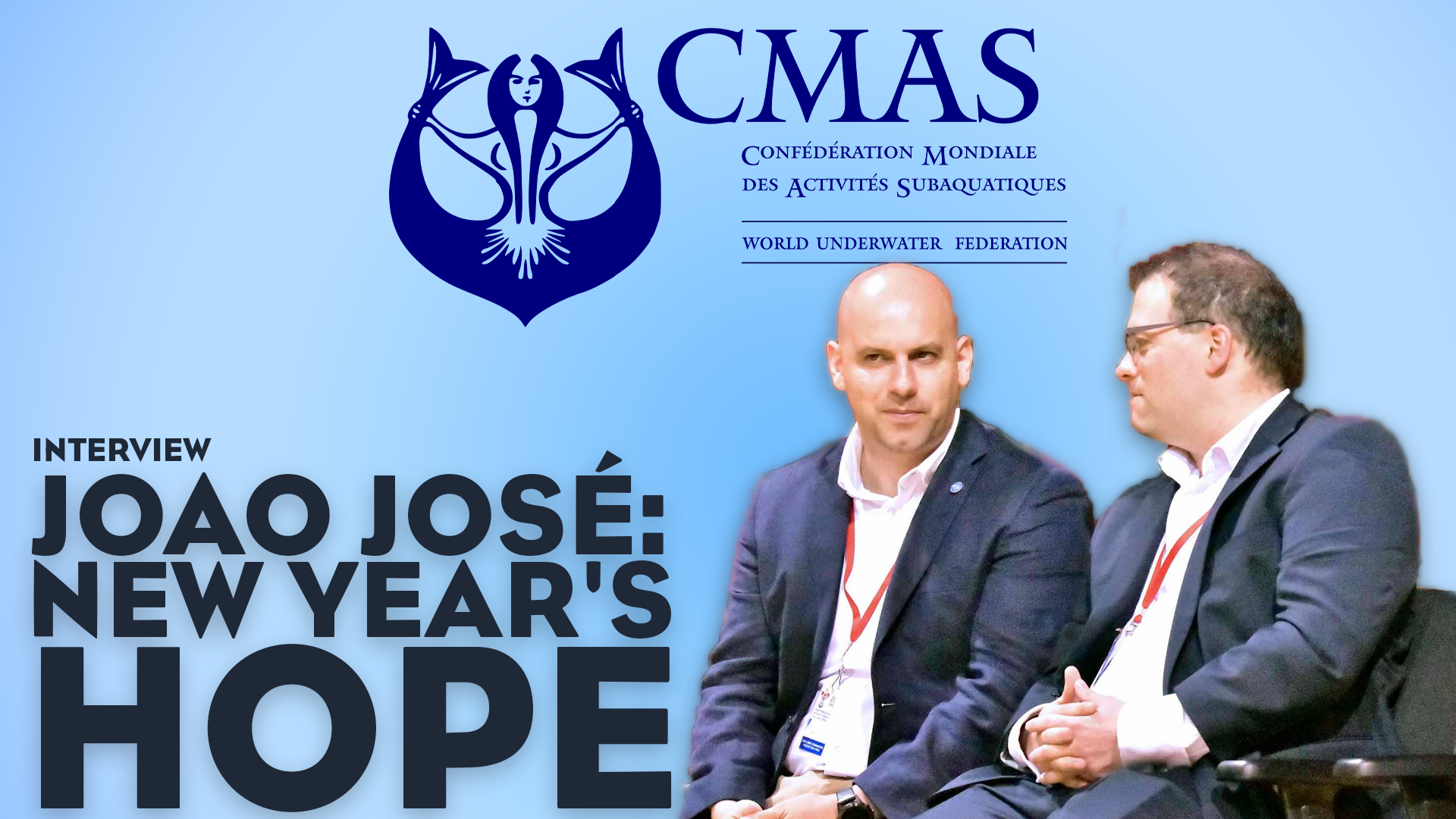 After almost two years in the depths, underwater  hockey is catching its breath. On the eve of UWH recovery, João José, director of the CMAS Hockey Commission, accepted to answer to UWHnews. João talks about the two years that have passed, the present and the future of our sport.

Two years have been passed after the end of the last World Cup and since, the pandemic. How do you see the situation in the UWH world ? Are you not worried that our sport will experience a loss of entries?

“As the Underwater Hockey Commission, we only have access to the information that the underwater hockey representatives of each country give us at the meetings we hold regularly. The next one will take place at the beginning of October.  During the last two meetings, we have prepared a statistical study of the situation in each country on the basis of 4 criteria: (1) COVID-19 vaccination status, (2) If they plan to attend the 2022 event. If yes , which categories. (3) If the clubs and national teams are already training (open swimming pools, etc.), (4) If they have national events planned. Based on this information, we can say that our sport is at a standstill worldwide and 2022 has been indicated by all countries as the resumption of club activity, national competitions and the selection process. players for national teams. Our sport, at the level of each nation, has lost a certain number of players in the clubs due to the pandemic, the impact on the number of participants in the CMAS category A events will also be negative, it will be noted that in country where underwater hockey was developing, we will lose 1 to 2 cycles of events (4 to 6 years), which corresponds to a generation of players. What also worries us is the weak structure of underwater hockey at the level of national federations, managers of underwater hockey clubs, the lack of certified coaches, that is to say that a large part of our sport lives on the contributions, experience and personal knowledge of many people scattered around the world, who after this pandemic may have stopped collaborating with underwater hockey. “

Hope now with the possibility of a competition in Turkey … Do you think it is important to do it?

“CMAS makes proposals for a calendar of events, but it is the countries that decide whether or not to participate in the events. The discussion for the last 2 years has centered on whether we should have events in 2021, 2022 or 2023, everything has been voted, several scenarios, several meetings, a lot of work done. It was concluded that a world championship in 2022 would not have been able to be done because little or no federation wants to take the risk to organize a world underwater hockey event. The solution was to reduce the level of the event to category B, to lower the organizational criteria, to bring together the Elite, Master and Age categories in the same event and allow the most important thing, that in 2022 the teams face each other again. We will have a meeting with the Turkish Federation (TSSF) in September to discuss the conditions of organization and the minimum number of viable players to organize the event. “

What are the goals of the Hockey Committee for this year?

“This year is an unknown, because in October there will be the CMAS elections and members of the Underwater Hockey Commission will change. I don’t know if I will continue as director. However, the lines for the future have been launched, and we can say that if it had not been for the pandemic, today we would have underwater hockey which for the first time in its history would have referee training references (already built), coaches (under construction) and a global database managed by CMAS and the National Federations, an opening of CMAS to all, like the category C events that will be organized by More Sport in 2022. All this has been done. made possible by the creation of committees within the Underwater Hockey Commission, the creation of country representatives, regular world meetings, which showed 4 years of hard work to lay the foundations for world underwater hockey.”