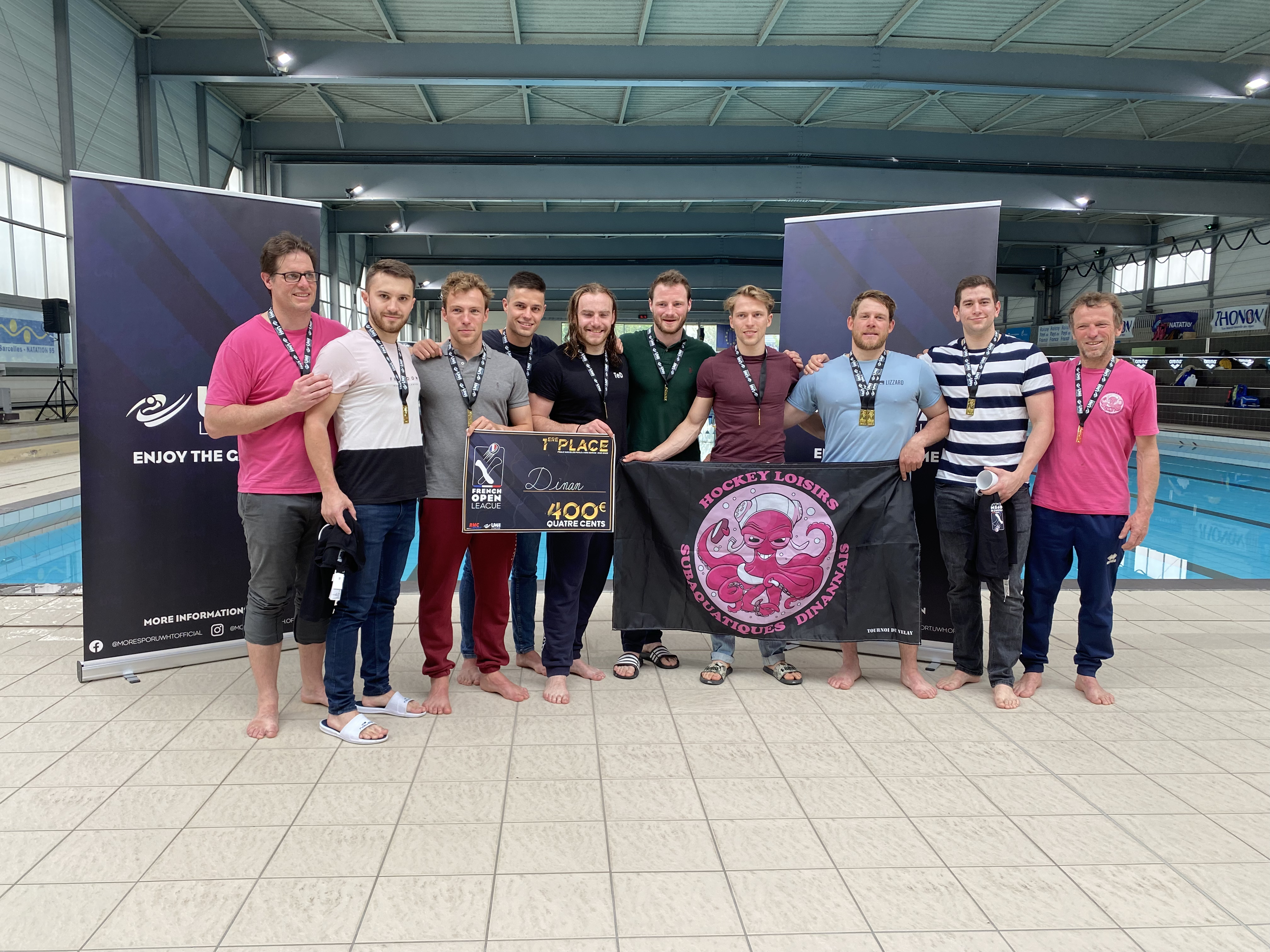 On Sunday 24 April, the French Open League had its conclusion. After a weekend of intense competition, the different pools know their winners.

After an intense final against Fontenay (3-2), Dinan is crowned champion of pool A. Already winners of an epic match in the semi-final (3-2) against the British team of Southsea, Olivier Flandrin’s men get their first victory in this French Open League. A victory that could not have come at a better time as it gives the title to the Bretons !

First victory also for Morlaix who won in pool B after its win in the final against Clamart (3-1) with two goals from Hugo Moal. The Morlaix/U24 M team got along perfectly to win this title. The Elites Féminines had their worst result of all stages at the most critical moment, finishing in fourth place. Clermont won the bronze medal by ending their streak of two consecutive defeats against Jacques Bréchaire’s players.

As expected, Le Chesnay did not flinch in pool C. Reinforced by Clémence Cantoni (La Rochelle), Karen Honoré (La Rochelle) and Mélina Mopin (Fontenay), Le Chesnay is the only team in the competition to have won all its matches. The second place goes to a HOPE team that has transformed itself after its first day ended in last place in group C. Moirans and its six players throughout the weekend complete the podium. Note that the U24 W team was downgraded after adding too many players.

See you tonight (26/04) in On Avoine for a more detailed review of the competition !

The imbroglio around the Turkish National championships

French National Team – All the youth selections for Mulhouse !

The UWH League in a few stats…

French National Team – All the youth selections for Mulhouse !