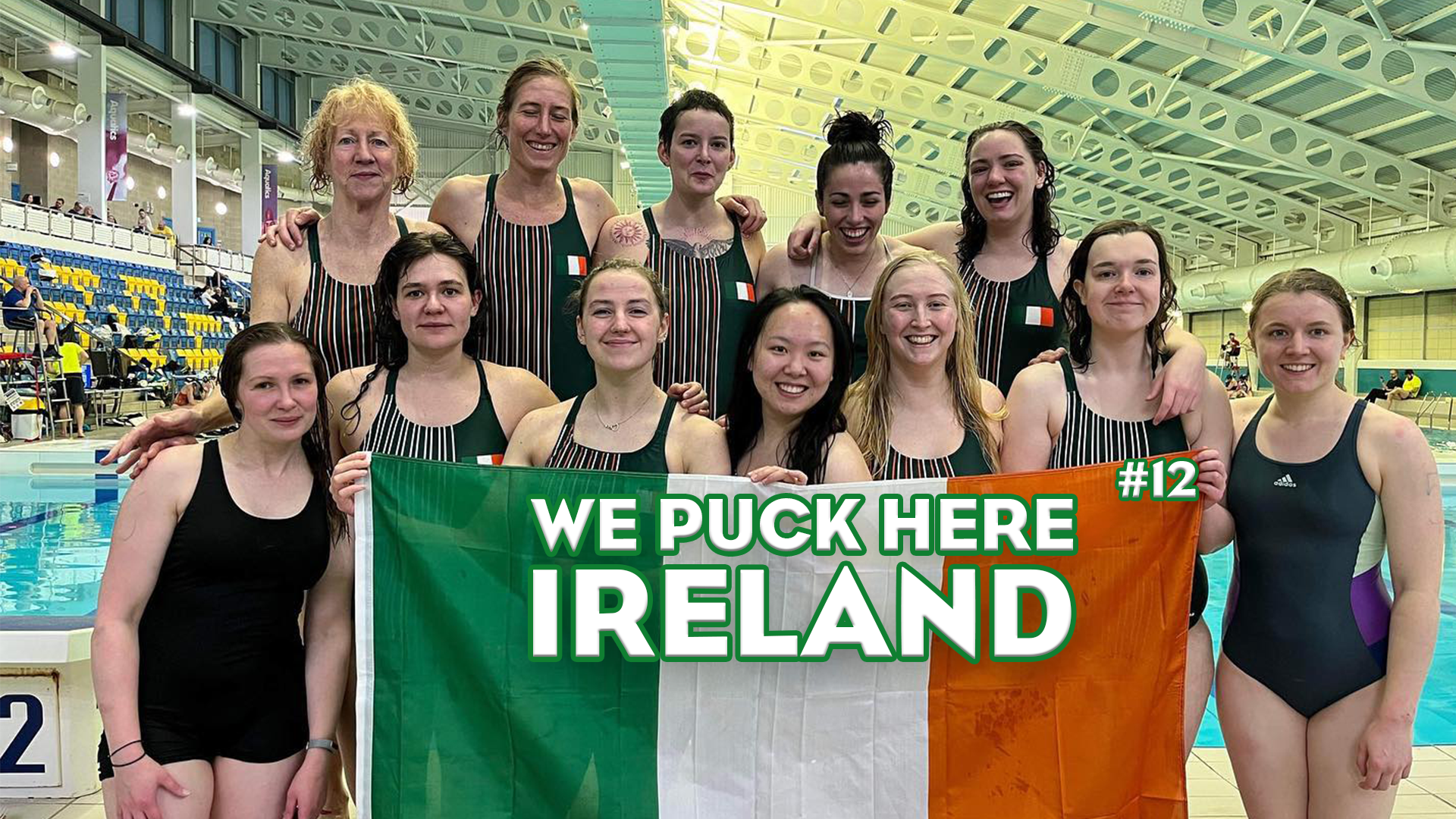 In some parts of the world, a few die-hard hockey players share their passion, even going so far as to create clubs. From Africa to America, through Europe and Asia, focus on these little-known countries of underwater hockey. Twelfth episode with Ireland !

In 2022, the first edition of the Celtic Cup took place. This competition gathered three Celtic nations. Wales, Scotland and Ireland. The first two have already had their article, so no jealousy, because now it’s Ireland’s turn !

Underwater hockey was introduced in Ireland in the 1980s with the Aquatec Subaqua Club (Dublin). A merger with the DCU Vikings followed, a club that continues to exist and was even crowned national champion in 2022. Hockey then spread further south to the university town of Cork in the 1990s. In 2015, the sport got a new boost with the arrival of a new player in the country, Laura McCarron. “I wanted to join the swim team and a man came up to me and asked if I had heard of underwater hockey […] I’m a bit of an asthmatic so I’ve always loved swimming and to find out I could do an underwater team sport was just mind-blowing.“

The timing was perfect, as a year before, the first Irish National Championship was held, which featured three teams : DCU Vikings, Cork and the recently formed Belfast club. The first club in Northern Ireland was founded at Queen’s University by Elisabeth Ignasiak, a German international who was a student at this university. “It was very important to her because she was competing in an international competition that year,” says Laura McCarron. The championship is held over several days, usually two in March and one in April. In 2022, four teams took part, DCU Vikings, Dublin Otters (who are part of the same club as the Vikings), Belfast and a newcomer, Limerick, where Laura plays.

The Public Relation Officer is extremely committed to the development of hockey in the country. She manages and helps run three Irish clubs’ Instagram accounts as well as the one for Irish national team’s one. Laura even created the Instagram account for her former club Belfast, where she played for four years. “I always look after it to make sure there are no unanswered messages. I help manage the Limerick account and I manage the Ireland account.” An increasingly active page, as in June 2022 the Irish national team held its first mixed training camp. “This is the first year we’ve had a mixed Irish team competing and training together. Our main focus was to make sure that the national team could go to the Celtic Cup and that we send two strong teams,” adds Laura. A successful mission as the Irish B team finished third in the competition, just ahead of their A team. With the women’s national team finishing a respectable 4th place in the British National Championship (Plate trophy), Irish hockey is doing well. “It’s absolutely remarkable for me when you consider that two of the players had never played in a tournament, even in Ireland,” said the team captain.

The next step for Ireland ? To continue to play international tournaments, as they did this year by participating in the Pragadise Cup. “When you only play in Ireland, you always see the same people, you can predict everyone’s moves so it’s important to get out of your comfort zone… and go on holiday !”

To conclude, let’s quote something Laura McCarron said about her recruitment style, “I don’t care if you’re the best player in the world, but if you come in every week and want to have fun and go and talk to your friends about the sport, I want you !“