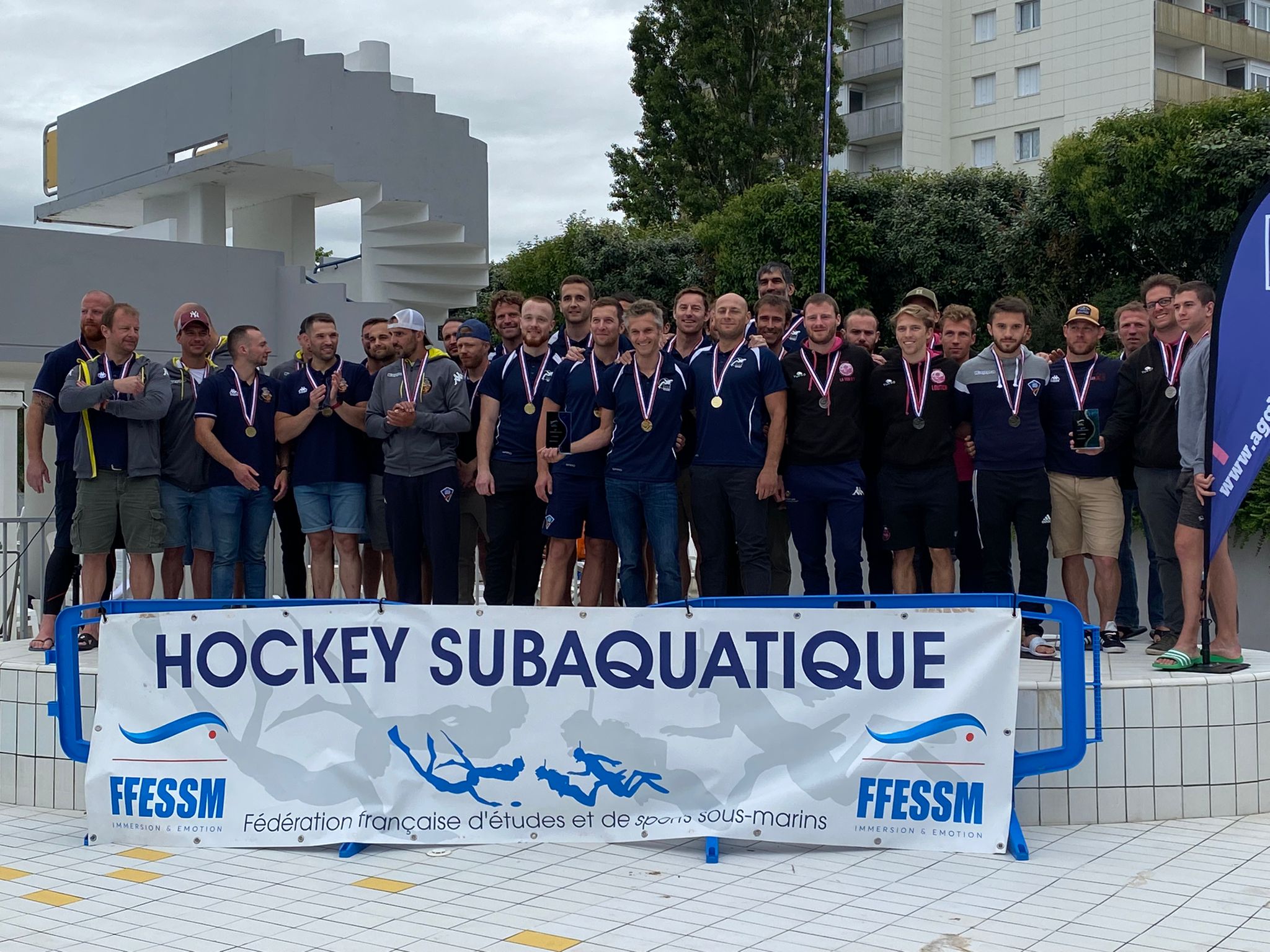 Last weekend, the French D1 championship has ended. A tournament marked by continuity as the two defending champions retained their titles.

The monument of Pontoise still does not seem ready to collapse. Did they even flinch ? Winning all their games by at least two goals, the CHSPC players dominated the whole competition, as usual. Four goals conceded in three days for 43 goals scored, the statistics speak for themselves. They beat Rennes in the final (4-0) who reached the podium for the second time in their history after a controversial semi-final win over Chesnay (3-2). Le Chesnay had protested after the referees had not allowed a time-out. The pink flamingos managed to recover from their disappointment to take third place against Hyères (2-1).

This round 3 of the men’s D1 was a very dramatic one for Rennes. The defending champions seemed to be struggling after the first day of competition with two defeats, a draw and no goals scored. Down 1-0 to Pontoise in the first game of the second day, Rennes managed to overturn the lead in the second half, first drawing and then scoring the winning goal with a minute left in the game. This might have been the turning point of the competition, because after this victory, Rennes won everything. It wasn’t all smashing victories, some of them even tough, but all the way to the final, they managed to get through. Even the invincible Dinan, against whom they had lost in the group stage (2-0), could not get the better of them in the final (1-0). Rennes won their fourth French championship title, as if the two-year break had never happened.

Dinan got the best place in their history with this second place, ahead of Fontenay. The CSMB played an extraordinary match against Pontoise, which ended in sudden death with 2 on 3, and took third place (3-2). Despite losing to Diderot XII and Pessac in the play-offs on day 2, Clamart and Le Chesnay still managed to secure their place in the top 10 by finishing in the first two places of group B. They will therefore be present at the D1 2022-2023 round 1.