Felipe Diaz : “For me 3×3 is one of the biggest opportunities to improve hockey around the world” 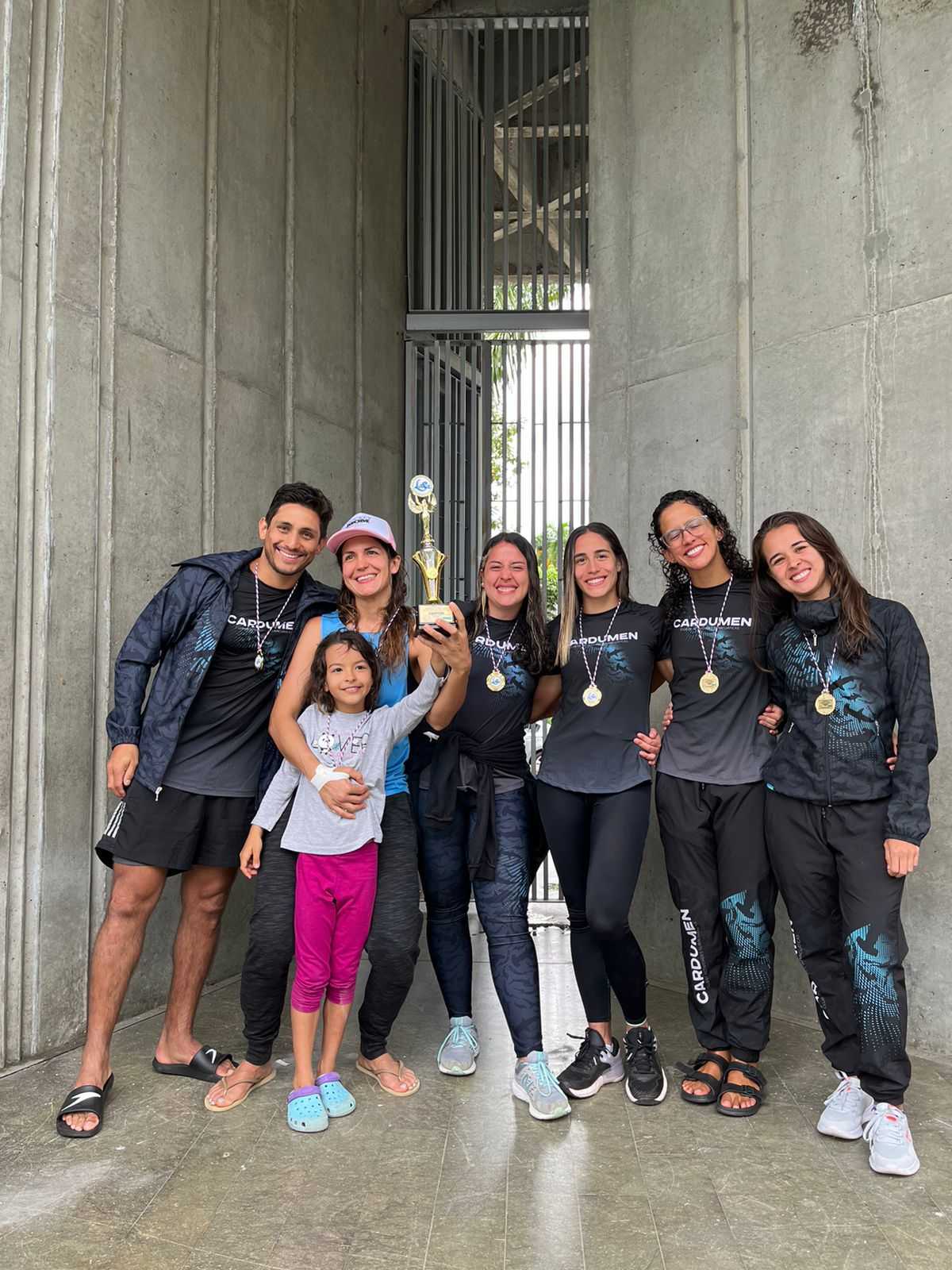 On 19 and 20 February 2022, the Colombian 3×3 national championships took place in the Atanasio Girardo pool in Medellín. This was an opportunity to learn more about this other way of playing underwater hockey with the men’s and women’s winners : Club Cardumen.

3×3 is one of Colombia’s specialities. Over almost a decade, Medellín has become a central place for the 3×3, especially with the Aguamala tournament, created in 2014. Colombia is also hosting its national 3×3 championship, the country’s first tournament of 2022. “The aim is to prepare the athletes for national and international tournaments“, according to Felipe Diaz, Elite player and coach at Club Cardumen.

The competition has been a success for the Medellín club, especially for its two top scorers, Sergio Ochoa and Natalia Buriticá, both Colombian internationals. Both goleadors are unanimous on the faster aspect of 3×3 compared to 6×6. “It is a much faster game, with more space, with the possibility of making quicker skills and goals“, says Natalia. For Sergio, who played only the second 3×3 tournament of his career, the tactical aspect of the discipline was what surprised him the most. “At first I thought that we could not do a lot of team strategies because of the small number of players, but I was proven wrong … We played very differently depending on the players lined up and the team we were playing.“

Unlike her teammate, Natalia is an experienced 3×3 player, who has medalled in four of the five editions of the Aguamala tournament. She says experience is an important factor in making a good 3×3 player. “It’s easier when the players on the team have years and tournaments under their belt. It’s easier for them to understand this way of playing, they have developed skills that allow them to adapt.”

“We can watch and understand what’s going on in the game.”

For Felipe Diaz, one of the advantage of 3×3 is that it makes it easier for young clubs to create a team. One other positive aspect of this mode of play, according to the coach of Club Cardumen, is its accessibility for everyone. “You can watch and understand what is going on in the game. You can see the skills, the game is faster, there are more goals.” The Colombian player goes even further and sees 3×3 as a way for underwater hockey to reach the Olympic Games. “For me 3×3 is one of the biggest opportunities to improve hockey around the world. With less players, it is easier for sponsors to support the teams.“

So, in your opinion, is 3×3 the solution to see underwater hockey at the Olympics one day ? Share your thoughts in the comments !