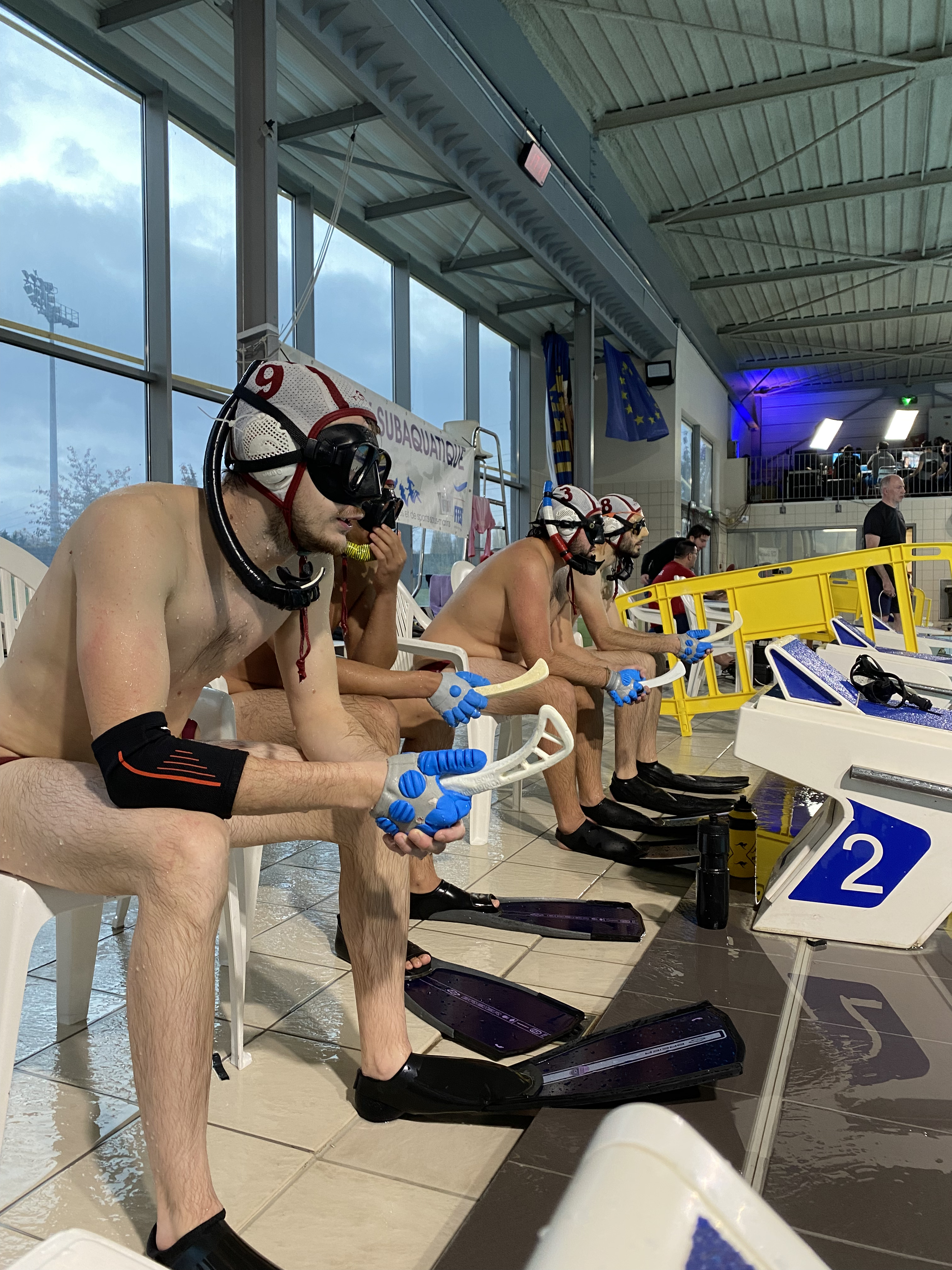 This weekend is the 3rd round of the D1 ! The French championship title is at stake, of course, but so are two places for the Group A play-offs for the two best Group B teams. So, which teams could try to make it to the top ? Let’s take a look at the forces involved.

Relegated to Group B after finishing 9th in Round 1 of D1 in Sarcelles, Pessac are no strangers to this group. First in Group B in 2018/2019, the Girondins will face teams that they can match and are among the favourites to go for the Group A play-offs. We saw them beat Dinan in the French Open League during the La Rochelle stage to qualify for the Group A final. Capable of anything, Pessac will be able to count on the Ratier brothers and its captain Jérémy Plaquin.

Two changes are to be noted in the squad. No Romain Guinot and Thibault Frémaux. Jonathan Martinez will be present.

Present with an all-star team at the French Open League and qualified for the final, the story was quite different in Round 1 which Saintes finished in last place. In two of the last three years of competition, the Saintes Gladiators have finished in Group A. A performance that will certainly be a goal for this team.

Julien Rémigéreau, hero of the small final of the French Masters championship with his goal in sudden death, will be present as well as the captain Xavier Beaulieu. A Saintes team with a Belgian accent as it will be reinforced by the internationals Andy Van Wesemael and Niels Balens.

The last step for Clamart ? Winner of round 2 after an epic match against Nantes and finalist of pool B of the French Open League against a mixted Morlaix, Clamart is one of the teams to watch. Clamart’s team will be able to count on a solid core of players with few changes compared to the team that won in Puy-en-Velay.

The Dutch player Job Schrama and the Spanish Fernando Lorente-Sorolla will be added to the solid Clamartois line-up, composed notably of Joël Mingasson, Alexis Sourbet and Cédric Roussay.

The club’s first ever promotion to Group A may never have been so close.

Back in Group B since 2016 after a period in D3 and then D2, Nantes, a historic hockey city, has never managed to reach the highest French level since the D1 was split into two groups (1999-2000 season). Second in Round 2 this year, Nantes came close to beating Clamart in sudden death after being 3-0 down. The competition will be tough for the 2018 D2 champions whose mental strength will once again be challenged.

The squad is exactly the same as the one that played in Round 2 in Puy-en-Velay. Goleador Victorien Delbaere, British players Henry Ing-Simmons and James Christen as well as captain Samuel Noirault will be present to try the impossible.

Certainly one of the most diverse teams in the competition ! Composed of three Portuguese players, three French junior champions and confirmed players, the Puy-en-Velay team will be interesting to watch !

Although it would be difficult to reach Group A, this competition will be a great opportunity to gain experience for VSV’s young players : Lancelot Racine, Louis Steffen and Jonas Garnier. All the players who have qualified after their third place in round 2 will be in Laval with the exception of Baptiste Rouchon.

Their last appearance in Group B was in the 2013-2014 season. After winning the D3 title in 2018, HOPE managed to get back to the final round of the French first division championship. With a squad led by Jean Gatignol and a small Spanish contingent composed of Àngel López Sanz and the club’s top scorer in Round 2 Saul Quintero Busigo, HOPE will probably not be in Group A, but their season already looks successful.

The team in Round 3 is exactly the same as the one that qualified in Puy-en-Velay.

In round 3 for the first time in its history, CHS Clermont has already achieved its objective of the beginning of the season. With an experienced team including Christophe Forlay and Masters World Champion Damien Chesné, Clermont will have nothing to lose in Round 3.

Very performing in the French Open League with a third final place and several leg finals, they will be able to play without any pressure and try to get their first victory in the most prestigious club competition in France.

The only change to note is the absence of Bernard Debrion, referee the same weekend, replaced by Vincent Maitretin.

Premiere in round 3 also for Morlaix, last member of this group B. Qualified thanks to its sixth place in Puy-en-Velay, this club, which has been independent for only six years, had a spectacular rise to reach this final round. Winners of the French Open League with a modified team, it is indeed a 100% Morlaix team that will be present in Laval. Led by Edouard Coutel, all the players who qualified the team will be present as well as Pierre-Yves Rault.

So who do you think will go to the play-offs ? Don’t hesitate to react in the comments !

Nation representatives’ react to the cancellation of the Turkish World Cup
Preview D1W : Can the Pontoise armada be defeated ?
Chargement des commentaires…