Preview D1W : Can the Pontoise armada be defeated ? 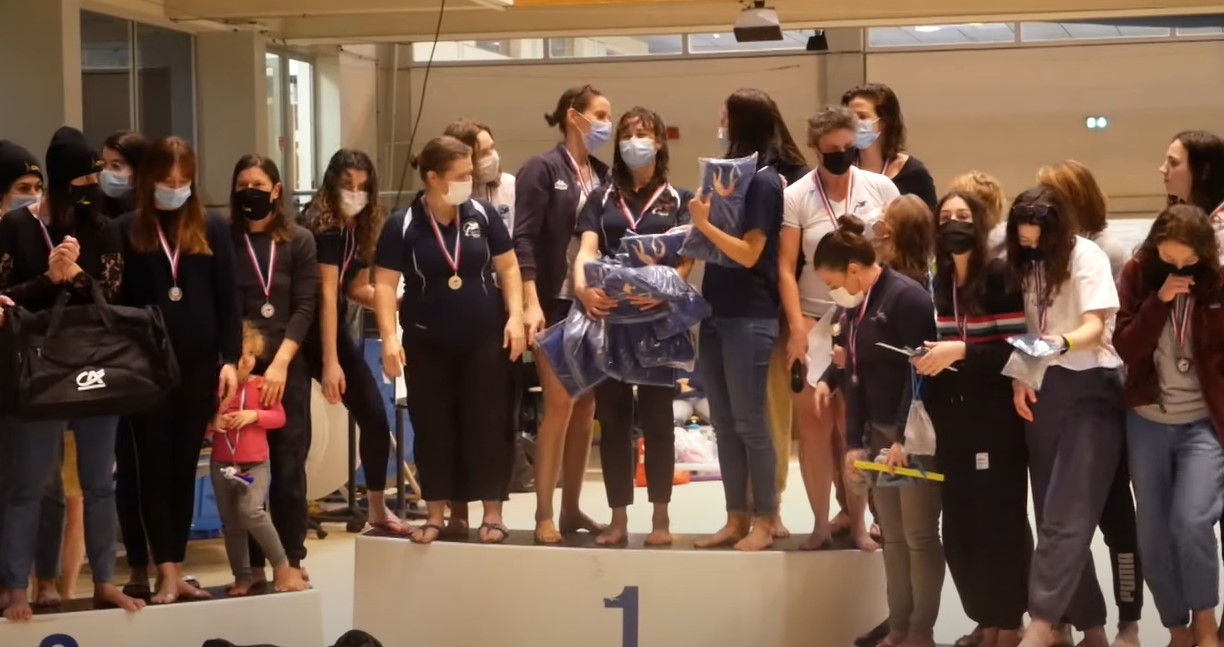 This weekend is the final round of D1 ! After the men’s group B, we go to the women’s D1. A Pontoise team that seems unbeatable, an ambitious team from Rennes and revengeful Le Chesnay. Let’s take a look at the forces involved.

Almost 30 years of almost uncontested supremacy. Since 1991, there are only four times that the CHSPC players have not won. A clear domination that Pontoise has all it takes to keep it going.

Winners of the first round after a 3-0 success in the final against Rennes, the captain of the French team, Cécile Roussel, and her teammates look almost untouchable. Although Pontoise did not take part in the French Open League, they were present at the European Club Cup in Castellon in May. Their preparation for round 3 was successful as they won the competition.

The squad that won in November is the same again. The French internationals Juliette Macquet, Lorine Lacombe and Alexia Casadio will be present, seeking a new title.

Perhaps the main outsiders of the Pontoisiennes. Rennes has reached the podium of the first division of the French women’s championship only once time. An anomaly when you look at the strength of the RSSM squad. The Ginsbourger sisters, Perrine Meunier and Bérangère Bézier are all selected for the French national team. Experienced players with the captain Aurélie Yver and Carole Gillet, the presence of the U20 international Léna Levitre-Rougeron…

We won’t name all of them, but you can see that Rennes has some serious cards to play ! Especially as the team has remained the same as in Round 1.

Rennes is the only team to have managed to put Pontoise in trouble in Sarcelles. They will have to maximise their collective strength to go for the title.

A podium without Le Chesnay ? It has only happened twice in ten years. This historic French hockey club has been Pontoise’s main rival for almost 20 years and is impressively consistent.

Back from injury, captain Alison Touchain will be present, as will Julie Beaupère, who was brilliant offensively in round 1, where the club finished third. The Le Chesnay players will have to deal without British player Kim Moakes and Nadja Schoentgen, but will be able to count on another British player, Lauren Dywer. The eternal Nathalie Mathieu, Laurine Massue-Foucart and Diane Meschini will also be present.

Severely defeated by Rennes and Pontoise in round 1 (6-1 in both matches), Le Chesnay has a revenge to take. The Galatées will be looking to honour their status of winner of the women’s group of the French Open League and almost permanent resident of the national podium.

HOPE have been in the D1 since the creation of the team, but have never won it. The Parisians managed to reach the podium during the last championship after several years outside the top of the ranking. Missing the top 3 in round 1 after a crazy match against Le Chesnay, Hope doesn’t seem to be made for the title, but could upset a lot of teams.

The team will be led by Sabrina Le Naour. The two Martinez sisters will also be in Laval for this final round. The Parisians have played together several times in the French Open League, where they finished second in the final.

They had amazed us with their open game, but Hyères couldn’t do better than a fifth place. This team is very diverse with young players : Lila Bessone (EDF U20), Marie-Lou Magerand (EDF U20) and Marie Dusfourd (EDF U22). There is also some experience with British national team captain Rachel Hickey, French international Marjorie Lamoureux and 2019 European champion Sarah Cuvelier. Three players present in round 1 will not be in Laval : Amandine Droudin, Daphné Grulois and Claire Collin. Only Pauline Dautalle will join the list.

If the youth of the squad could pose a problem in high-intensity matches, it should be remembered that Hyères was the last team to deprive Pontoise of the title. Watch out for the furia from the south!

Heroic in the French Open League with a third place acquired after considerable effort, Zoé Maurici, Sophie Arnaud Châtelain and their teammates will have to be heroic again this weekend.

Back from the Purgatory after winning D2, the 2013 D1 winners did what they had to do to keep their place in the French hockey elite. Fontenay are a monument, but we saw them struggle in Round 1, especially against teams with a fast game.

They will need some ingenuity to try to compensate those weaknesses. Fontenay will be reinforced by Coralyne Lemaitre and Vera Praet from the Netherlands.

Six years later, Dinan is back in D1. After qualifying for D2 via the Brittany regional championship, the Dinan team finished second in this division and have won the right to play in round 3. The goal of the season is achieved, now it’s a bonus !

Nevertheless, it will be essential to be cautious of this Breton team which has often played together this year and which can count on a quality squad led by the French international Marie Giacomello. Compared to D2, the team will be reinforced by the Spanish Zaida Zurbano and Camille Coste. Marta Lorente Sorolla will also be present, as will U22 internationals Amélie Blayo-Nogret and Romane Louis.

So who do you think will win this Women Division ? Don’t hesitate to react in the comments !

Preview D1R3 – Group B : Who will make the play-offs ?
D1M3 Preview : Group A – Is Rennes still unsinkable ?
Chargement des commentaires…