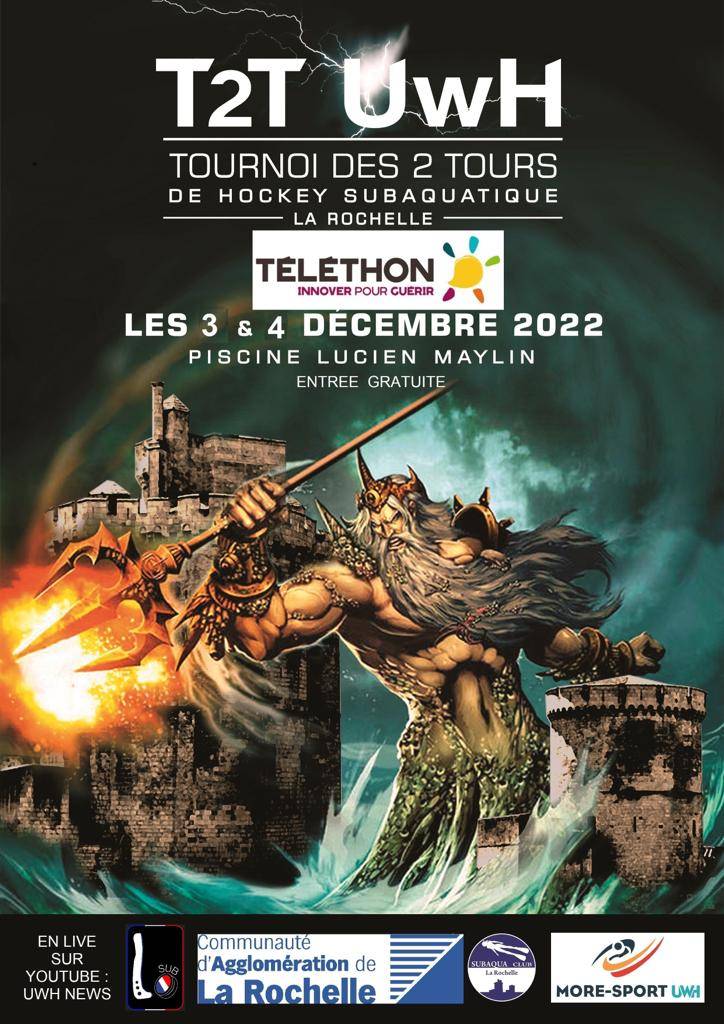 We are almost halfway through the More-Sport Open League 2022-2023. On 2 and 3 December 2022, the teams are coming to the Lucien Maylin pool in La Rochelle for the fourth stage of the League.

At the top of the general ranking, Dinan (23 pts) has the opportunity to extend the lead over its opponents, notably Moirans and Fontenay, which are absent from this stage. The other teams present in the ranking are Pontoise (14 pts) and Pessac (12 pts). Unlike the Puy-en-Velay stage, CHSPC will be able to count on its captain Thomas Roussel to lead this young team. The reigning French champion of Rennes is joining the league for the first time. They will be playing with a mix of senior and junior players, with captain Quentin Thomazo, Nicolas Merlier and Diederick Engelbrecht leading the youngsters Nolan Renier and Matteo Mauny. They will face Diderot XII, the team that beat them in Round 1 of Division 1. The Parisians will have to deal without their foreign players, who will be replaced by the young players from Le Puy-en-Velay, Lancelot Racine and Louis Steffen.

Nine teams will be present in pool B. The first four of the general ranking will be there. The French Elite Women’s team, winners in Le Puy, will be in La Rochelle with an unchanged squad. Ndead will be able to count on its Master international Damien Chesné and the Occitan Warriors will have the opportunity to increase their lead in the ranking (30 pts). At home, La Rochelle will be a team to watch. Third last year, the Rochelais will make their debut in the league at this stage. This Tournoi Des 2 Tours is also the opportunity for Hyères, second ex-aequo in the general ranking (23 pts) to show that they can upset the order established last season in pool B. To do so, they will be able to count on a squad composed of three young internationals including Julier Kbaier, Léo Carillo and Marie-Lou Magerand.

There are only four teams competing in “league mode” at this stage in La Rochelle in pool C. The Baby Girls, third in the ranking (16 pts) have a great opportunity to take the lead. If they will have to do without Gayané Blachot-Minassian, new players will join the team : the Fauqueux sisters, Mila and Tess as well as the player from Le Chesnay Emilie Rademeyer (joker). After playing in the Puy-en-Velay stage in pool B, the Masters Women’s team joins pool C and could have a chance to perform. Diderot XII is expected to do well after its disappointing performance in the TdV. Its emblematic captain Laurie Verheyen will be present as well as her teammate in the Belgian selection, Katrien Verbakel. World Master Champion Diane Lefranc will also be part of the squad. Finally, Les Rascasses, last in the ranking with 9 points, will have more players than in Puy-en-Velay with the arrival of Lucile Allano, Lucie Ledoux and Eve Ponthiere.

*The predictions only concern the teams in “league mode”.

See you this weekend on our YouTube channel to follow the fourth stage of the More-Sport Opens League !