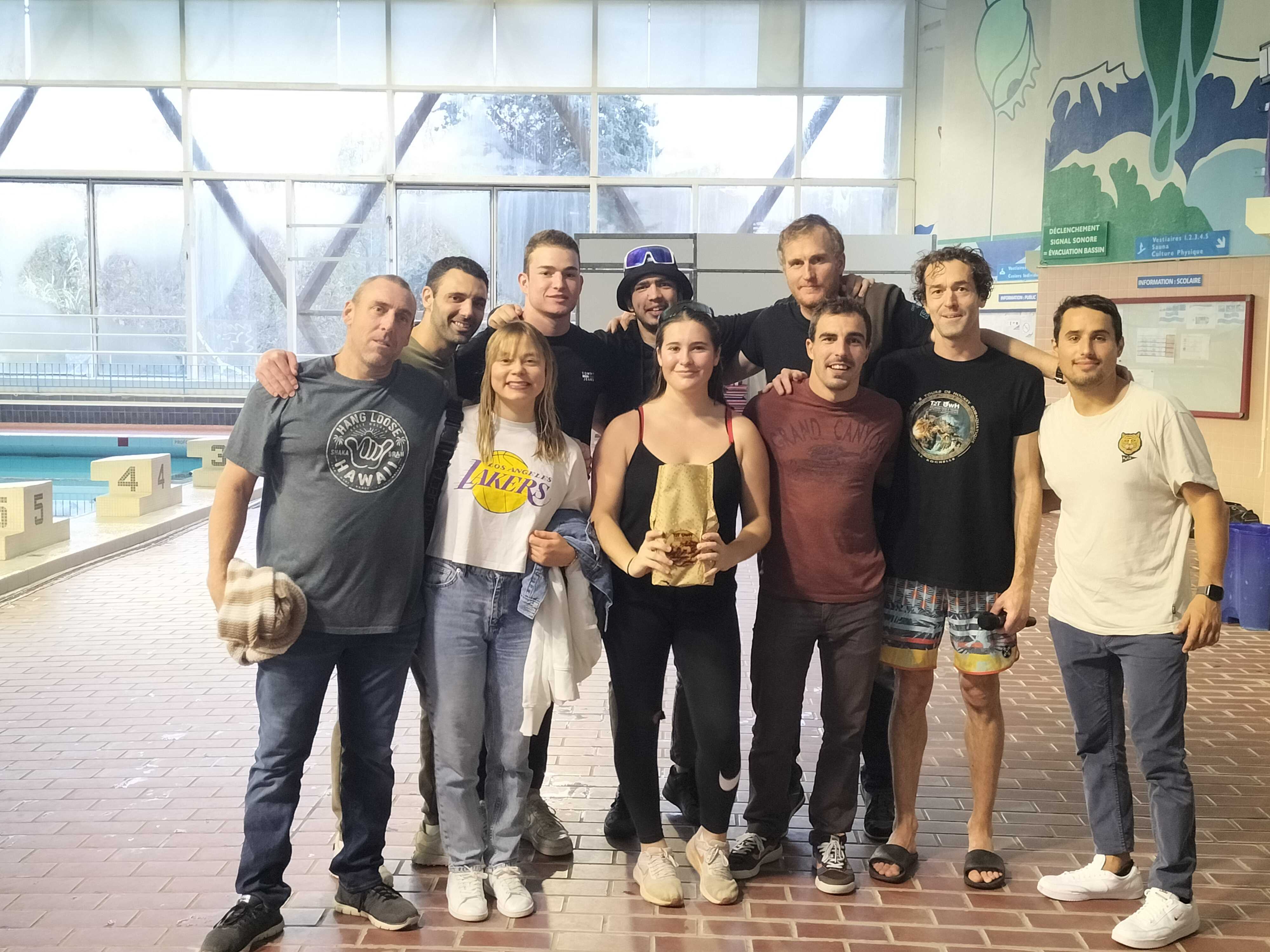 The fourth stage of the Ligue des Opens more-sport was held on 3 and 4 December 2022 in La Rochelle. Between absences and strong arrivals, the rankings of the three pools has totally changed !

With the last minute retirement of the leader, Dinan, the way was open for one of its main rivals in the French championship, Rennes, For its first participation in the league, the RSSM honoured its rank. The reigning French D1 men’s champion triumphed in Pool A. With a mixed team composed of both leading players such as Quentin Thomazo, Nicolas Merlier or Diedrick Engelbrecht and young internationals, Nolan Renier (U20) and Matteo Mauny (U17), Rennes largely won in the final 6-1 against the Master Men’s team (non league). Pessac finished in third place with a win over Nantes by the same score. Pontoise, the only other team in the rankings before the start of the stage, had to content themselves with fifth place due in part to their sudden death loss to the Masters. With one more stage than the other members of pool A, Pessac (1st) and Pontoise (2nd) take the lead in the overall ranking.

Pool B was, as usual, very close, with teams of a similar level. For example, the winner, Hyères, only beat La Rochelle (6th) by one goal. As in the first stage in Montpellier, the Hyères team was able to count on a strong reinforcement with Florentin Dusfourd, whose serenity and playmaking skills made a considerable contribution. Hyères won the final 3-0 against a French Elite women’s team that had beaten them 2-0 the day before. With a nearly halved changed squad compared to the Puy-en-Velay stage, Lagny performed well and finished in third place. Clutch with their sudden-death victory over La Rochelle, Lagny only lost two games, each time by a single goal. The Occitan Warriors, leaders in the overall standings prior to this fourth leg, had a difficult weekend and finished in a disappointing sixth place.

Four teams in league mode were competing in Pool C. With the absence of Dinan and Le Chesnay, the first place seemed promised to the Baby Girls. This promising team, made up of many of their club’s top players, made it to the final with an epic semi-final in the nursery derby against Ciao Baby (non-league). It was obviously more complicated against the Elites Féminines 2 team (non-league) in the final. Now in pool C, the Masters Women were in good form this weekend. They finished third after their win in a sudden death match against Ciao Baby. Further down the ranking, we find Diderot XII, sixth. The Rascasses close the list, they lost in sudden death to Pessac in the match for seventh place.