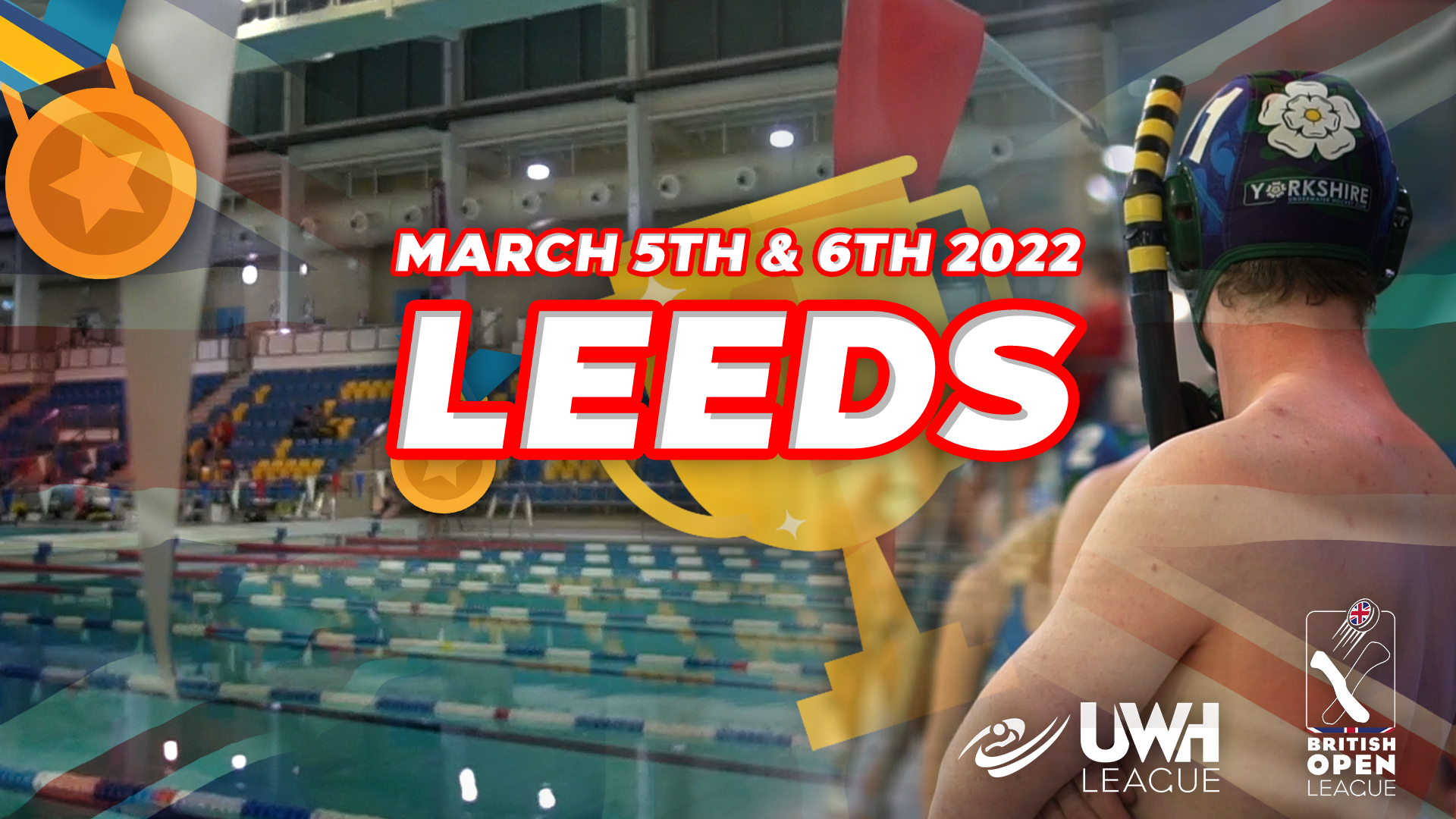 For the one and only stage of the British Open League, More-Sport has chosen the John Charles Centre for Sport in Leeds. A weekend of competition that will bring a number of British teams together, but not only ! Let’s take a look at the contenders

One of the three local teams of the stage ! This young team led by internationals Thomas Pitchforth, Nathan Archer and Thomas Burgess could have a shot at the British Open League. With Richard Adams, coach of the U24s at the Sheffield World Age Championship, as their strategist, the D2 champion at the 2021 Nautilus is one of the favourites for this tournament. The podium in focus certainly, but why not more ?

They too are in good form. D3 champions at Nautilus 2021, this team, unlike the A team, does not lack experience. Haydn Pitchforth, father of Thomas and a member of the Masters team at the 2018 Worlds, will captain a team to be wary of.

The only all-female team in the competition ! However, they should be taken seriously as their backbone is made up of several young international players such as Fiona Maynard, Emily McKeown, Nienke Lijzenga and Emma Picthforth. All of these will be supported by their former coaches now teammates, Joanne Picthforth and Belinda Archer, who coached a number of them at the 2019 Young Age worlds.

The favourite ! British champions since 2014, the oldest club in the world will be looking to honour their status. Given the squad, we’re sure they haven’t taken the competition lightly by coming in with 12 players. Matthew Willis, James Finnimore, Karol Gyba, Ali Monteath, Ross Pocock … A very impressive line-up !

Hard to pass after Southsea. This mixed team made up of several individuals will have the opportunity to compete against the big names in underwater hockey. Objective: to gain a maximum of experience !

The big underdog of the stage ! With a squad composed almost exclusively of internationals, the North West team could well bother Southsea ! Led by Harry Thompson and Graham Fletcher, this young team could have a shot at the final win.

The surprise guests of this Leeds stage! This team from Malaysia will be able to experience the European level.The recently appointed General Secretary of the CMAS Development Committee Roshan Babu Balakrishnan and his teammates will not be there to make up the numbers though. They will be joined by Mark Palfrey and British federation president Phil Thompson.

The only French representative in the competition. Although there were only six entries, they were joined by the British Joseph Slade. In preparation for the D1 Round 2 on 12-13 March, the Squales will be able to test themselves against some big British teams, while waiting for the French.