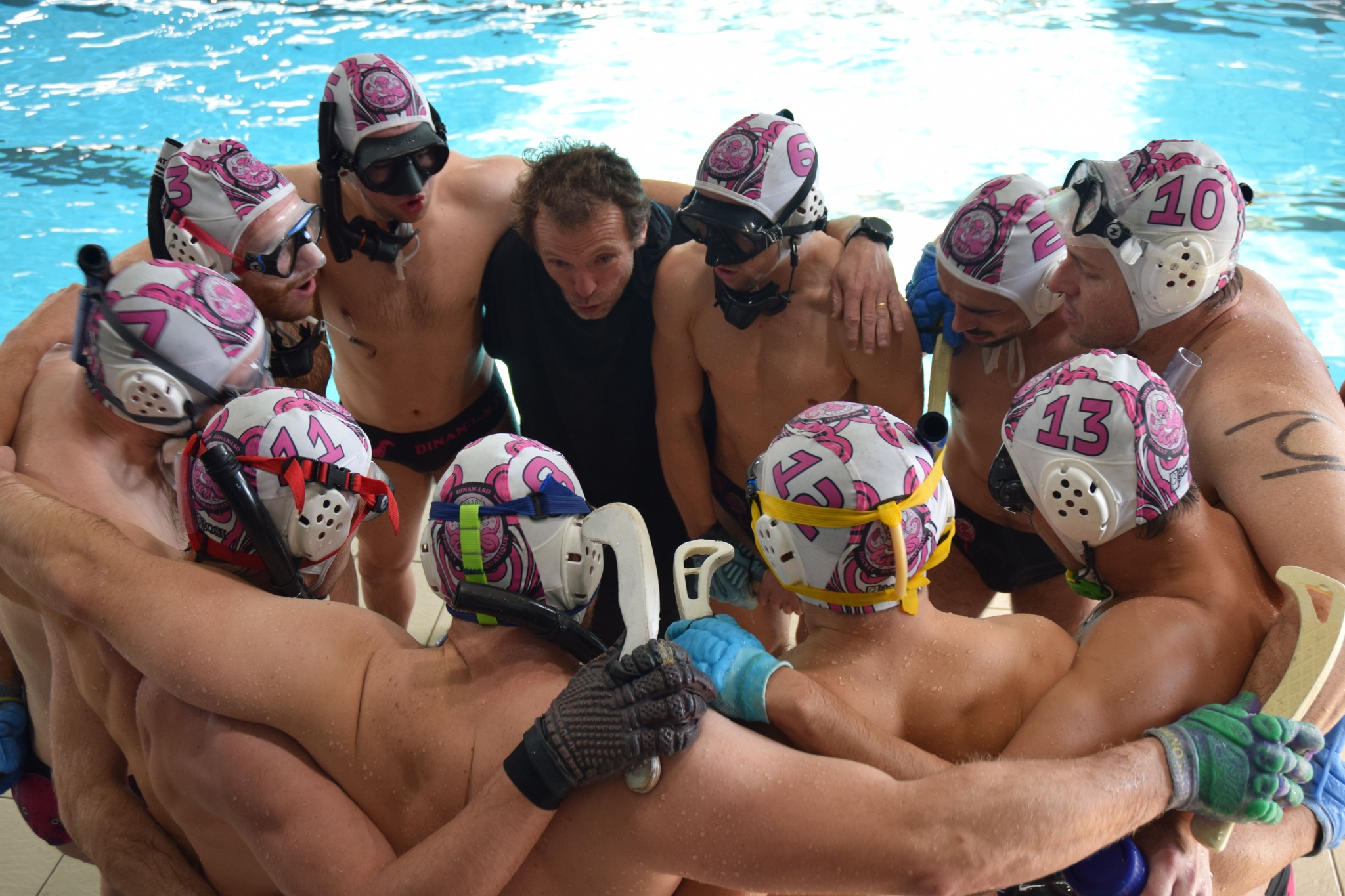 On 12 and 13 November, the elite of French hockey played the first round of the Division 1 national championship. Between statements, surprises and learnings, let’s have a look at this weekend of competition.

They never stop progressing and confirming the expectations placed in them. Dinan was impressive all weekend long, winning all their games. Best attack of the competition with 21 goals scored, the Bretons confirm that the disappointment of the third round, and their defeat in the final against Rennes, did not weaken their mental strength. They won this round 1 after an epic match concluded in sudden death against Moirans (2-1), remake of the final of the Velay Tournament.

The CASM who also managed to recover after their frustrating fifth place in Laval. Despite a complicated group phase that ended in third place behind Fontenay and Rennes, Moirans stepped up on Sunday by beating Pontoise, second in group B, 6-1. They met Fontenay again in the semi-finals, but this time Moirans showed absolute resilience. Fontenay took the lead after a foul just before half-time. This did not affect the morale of the Moirans who equalized after a strong offense that came from the center, one of their specialities in this first round. Finally, the match ended in sudden death and Moirans won thanks to a goal from Quentin Marant.

Fontenay then faced the sensation of this first round, the team of Diderot XII in the match for the 3rd place. A podium ultimately reached quite easily by Fontenay who won the match 4-0. A more than positive fourth place for Diderot XII who, with only eight players during the whole competition, offered themselves the French champion Rennes in the quarter-finals (2-1). Rennes, whose reaction in round 3 will be expected after this disappointment.

At the bottom of the standings, Le Chesnay and Pessac manage to keep their place in group A. Clamart and Franconville will have to go through group B.

Routine. A mechanical, unthinking habit which results from a succession of actions repeated over and over again. This definition fits perfectly the Pontoise women’s team. As usual, the team has only known victory despite a scare against Hyères where they were 2-0 down before winning 3-2. Pontoise have beaten these rivals by one goal each time. 2-1 victories over Le Chesnay, and twice over Rennes, including in the final. However, as always, in the end, Pontoise win.

Behind them, we have the same podium as in round 3 in Laval with Le Chesnay in 3rd place. Despite a few absences, including the British Kim Moakes, the Franciliennes ensured the essential with this podium. However, they will regret their 1-0 defeat against Rennes at the very beginning of the competition which cost them the final.

The Breton hockey is in feast with the beautiful performance of the Dinan team. After returning to the D1 last season, Dinan managed to keep their place among the elite by finishing in fifth place following their victory against HOPE. Before that, Laurent Giacomello’s team won an epic match against Moirans (3-3) with a penalty shot saved by Marie Giacomello. Moirans, with a team in rebuilding, will have to play in D2 on 11 and 12 March in La Rochelle. They will be joined by Fontenay, who will defend their title won last season in Le Puy-en-Velay. The Trésifontaines had to deal with a number of absences, combined with the injury to Cécile Virgitti who was unable to be in the water on Sunday.