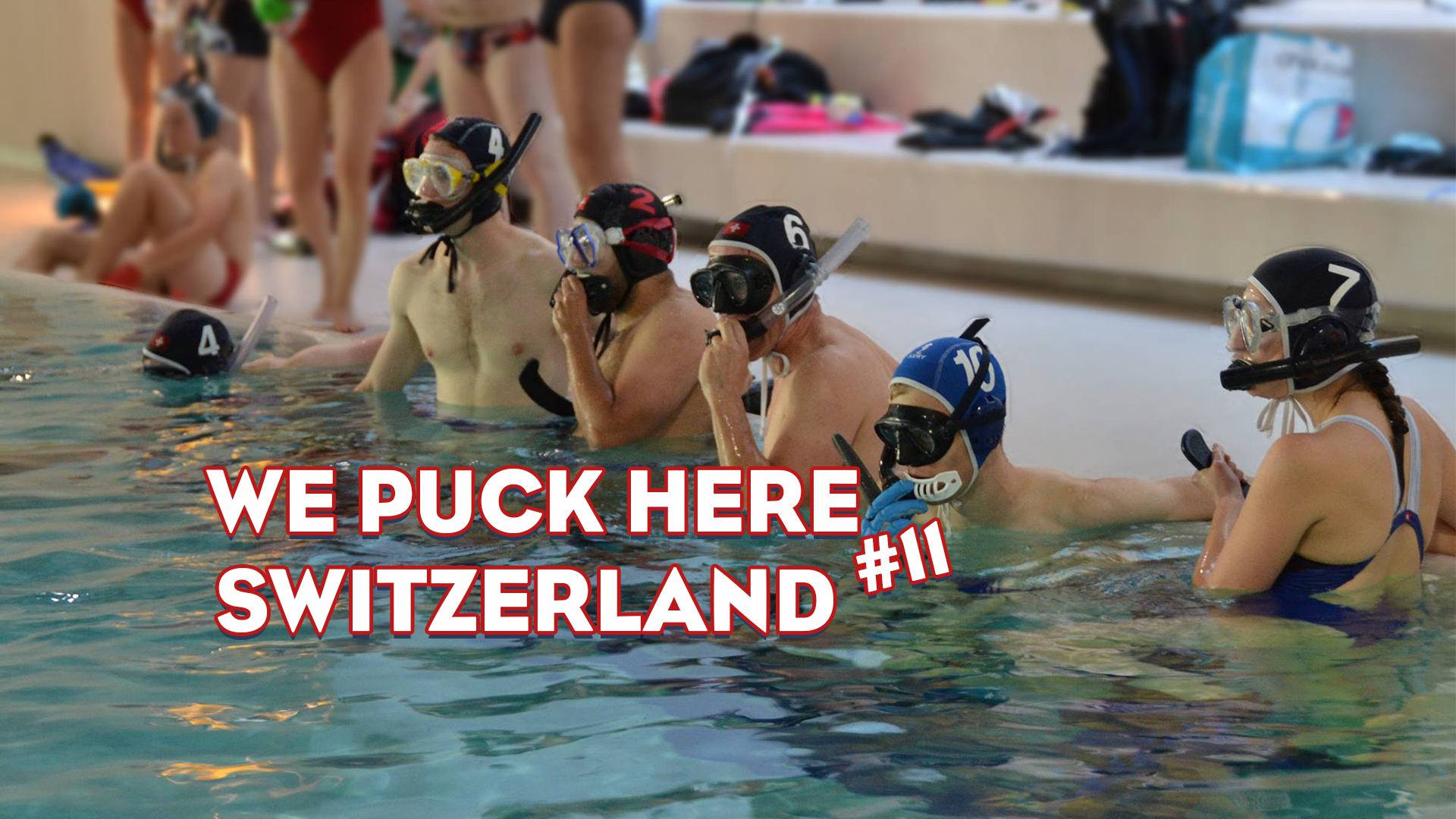 In some parts of the world, a few die-hard underwayer hockey players share their passion, even going so far as to create clubs. From Africa to America via Europe and Asia, focus on these little-known countries of underwater hockey. Eleventh episode with Switzerland !

At the bottom of the Alps, we took off our skis and put on our fins. Switzerland is one of the most cosmopolitan countries in Europe and perhaps even in the world. This multiculturalism is reflected in the numerous languages spoken in the country and the different nationalities that populate the country. As sport is a mirror of the society, it is no exception, on the contrary. “Our club is a representation of Switzerland, a multinational country,” confirms Richard Deverson, member of the New Zealand national team at the Montreal World Championships in 1991, and now representative of the Swiss federation at the CMAS. “I think we have at least eight nationalities represented in our Zurich club,” says Olivier Ly, a French player from Zurich who also plays in the D1 with Franconville.

A Frenchman and a New Zealander to talk about the history of underwater hockey in Switzerland, it would be difficult to be more representative of this multiculturalism !

The history of underwater hockey in Switzerland began in the 1970s and 1980s at Kloten’s pool, a municipality in the Zurich canton. “Some people, who, I think, worked for Swiss Airlines, had connections with the people who were building the pool at the time. They arranged to have markings on the floor for underwater hockey. “Richard tells us. It was a short story, because it is only in 2009, at the Oerlikon swimming pool in Zurich, that hockey has reappeared in the country. This was largely due to the arrival of Martin Reed, a former member of the British national team and international referee. “Martin and Silvania Avelar were the driving force at the time,” adds Richard.

Contacted by Martin Reed via a mutual friend, the former New Zealand international was not very enthusiastic about the training sessions that took place only on a water line. “All we did was swim with 2-3 people pushing the puck. I thought it wasn’t very interesting for me. I only came once or twice a year.” After Richard left, Martin Reed and Silvania Avelar managed to grow the sport progressively by increasing the number of players and getting half the pool to train in. “At the time, they were participating in a few tournaments in Europe, such as the Parmacup,” says Olivier Ly.

There are not many Swiss clubs. Two in Zurich, one in Basel and one in Bern. These clubs participate every year in the Swiss Trophy, a competition created in 2018 organised by a different club each year. In this tournament, there are clubs close to the Swiss border, such as Annemasse in France. Not a problem for Olivier. “We consider them as part of the Swiss community“. However, the Swiss Trophy is not considered a national championship. This is a problem that the Swiss federation is trying to solve and that could help the country to expand internationally. “I think we need to have a national championship to compete internationally as a country,” says Richard.

With a limited number of Swiss players, it is difficult for Switzerland to build a national team. “We don’t have the level and the players don’t necessarily have any interest in creating a national team. The biggest tournament we did was the Euroclubs in 2015 where we put together a team. ” admits Olivier Ly. “It’s something we talk about at committee level, personally, I think it would be cool. “Richard adds. Since 2014, an annual three-day training camp is organised, sometimes with the help of foreign coaches such as Sarah Cuvelier and Paul Barro (France).

Swiss hockey can count on players from France like Olivier or Marie Clermont, Germany, Ireland or Poland to continue to progress. The victory of the Zurich club in the 2022 edition of the Léman tournament shows that the country is going in the right direction.  The future will tell us if, with a small group of youngsters who are starting to show off, such as Fifine Boldt (Mulhouse), Swiss hockey will reach the top

Netherlands, national championship : ORCA get the gold
Ireland : The growth of the shamrock
Chargement des commentaires…