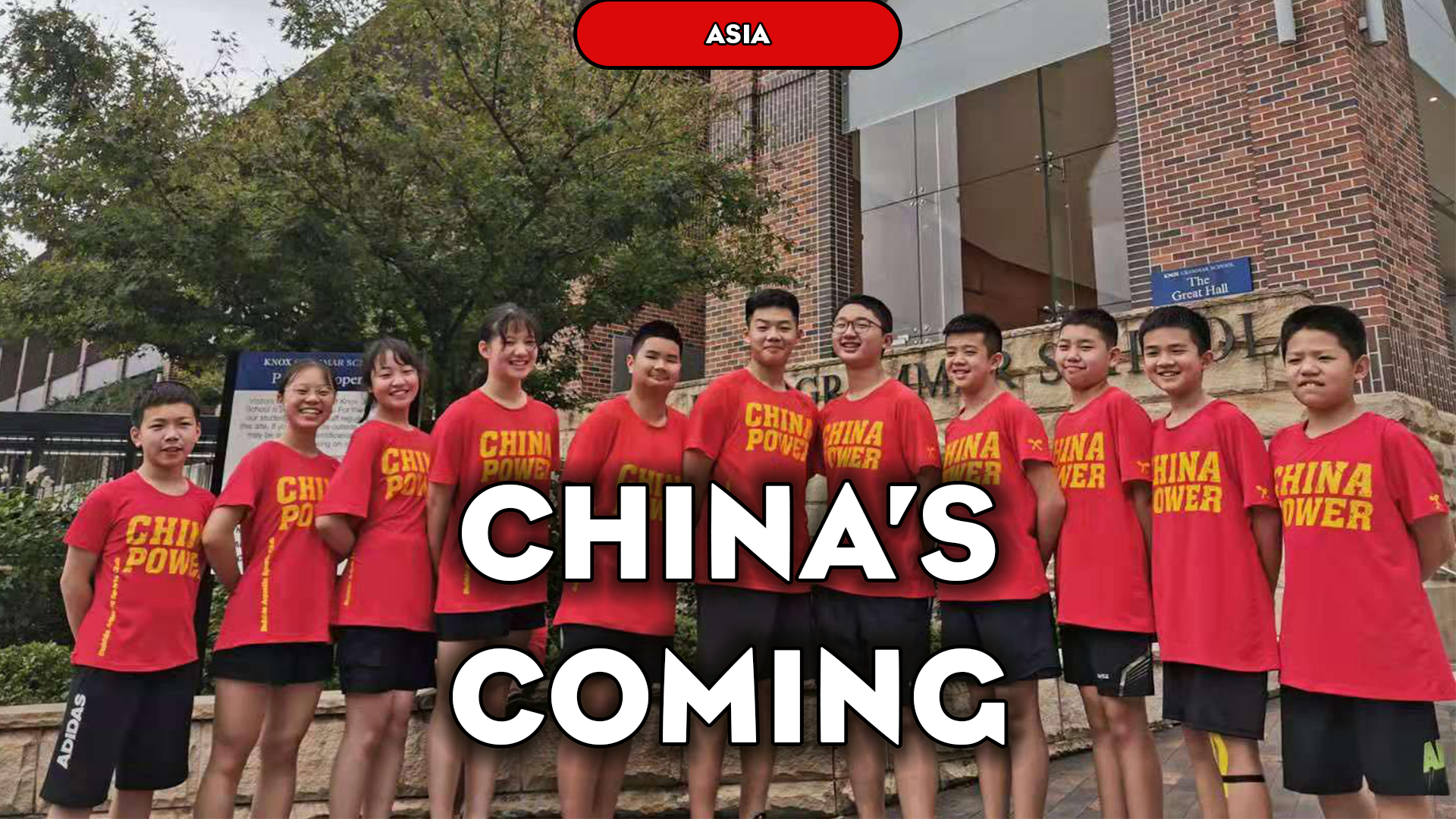 You can be the most crowded country in the world and not know everything. China, with its more than 1.4 billion inhabitants, is still a developing country when it comes to underwater hockey. Let’s dive into the history of this nation, between foreign genesis and the quest for recognition.

In 2021, the Shanghai Azures club celebrated its tenth anniversary with a video meeting. Among the participants, Alice Chong, Singapore’s representative to the CMAS and co-creator of the club, and Antony Turpin, a French expatriate in China who has been a member of the team since its beginnings. “We were mostly foreigners at the start,” he recalls. Shanghai is the second club to be created in China after the one in Chengdu, one year earlier. As the country’s most crowded city, Shanghai has hundreds of swimming pools. However, finding ones willing to provide underwater hockey training slots at a low cost seems impossible. “It took a long time to convince the pools. They preferred to provide slots for more popular sport“, says Antony. Despite the difficulties Shanghai and Chengdu, have allowed underwater hockey to develop in the country, especially thanks to Alice and Hugh, at the club since 2013. He recalls. “We were soon able to form a national team. We participated in the Asian tournament in Manila.” By visiting a diving exhibition and touring many Chinese cities, the Shanghai club members have developed hockey in the country with the recruitment of many divers. This process was facilitated by the arrival of expatriates with experience in the sport, such as Nate Norberg, an American player and coach of the Beijing team. With the creation of several new clubs, the players’ desire for competition has, logically, increased.

From the China Cup to the national championships

In 2015 Chinese underwater hockey took on a new dimension with the creation of the China Cup. The initiative was taken by Chris Liang, a player of the Beijing club for only a few months. Along with his former friends from the diving club, he approached the pools to organise the first national competition in the country. “I went to almost every pool in Beijing, talked to the people in charge, but nobody agreed. They were asking for a lot of money“. Finally, after weeks of unsuccessful searching, Chris managed to find a pool on the suburbs of Beijing. And so, on 9 and 10 May 2015, the very first China Cup took place.

To help with the organisation, the Chinese were able to count on the help of their Singaporean big brothers to provide referees. “They were very motivated to learn the rules. Now they can referee themselves“, congratulates Alice Chong. The first China Cup brought together ten teams from seven different locations. Since then, the tournament has become annual until 2019 when it was replaced by the national championships.”After the fourth China Cup, the government started to take an interest in the sport and took over the competitions“, adds Chris. The Chinese federation created the first official city-based national championships. If there are several clubs in a city, which in most cases there are, they compete to determine who will represent it.

The Chinese championship is held on one date each year and involves around 20 teams. Historic clubs such as Chengdu, Beijing and Shanghai are often at the top.

A future at the top ?

Chinese underwater hockey is still in its development phase. Although the national team is already expected to participate in the 2020 World Championships, some players and the junior team have already gained international experience by participating in the Australian National Championships.

All are looking forward to their first world championship. An event that could well take underwater hockey in the country to a new level. “Once the government sees that our team is competing in the world championship, we’ll have more resources. There are pools owned by the government, they could help provide free slots for the hockey players“, hopes Hugh.

In addition to the World Championships, the Chinese may soon have the opportunity to compete in the Asian Games, a possible successor to the SEA Games. What is certain is that Alice is looking forward to play her Chinese friends. “I hope that we will be in different groups at the Worlds so that we can meet in the final !”

The appointment is made !

Where does the mythical Nautilus tournament comes from ?