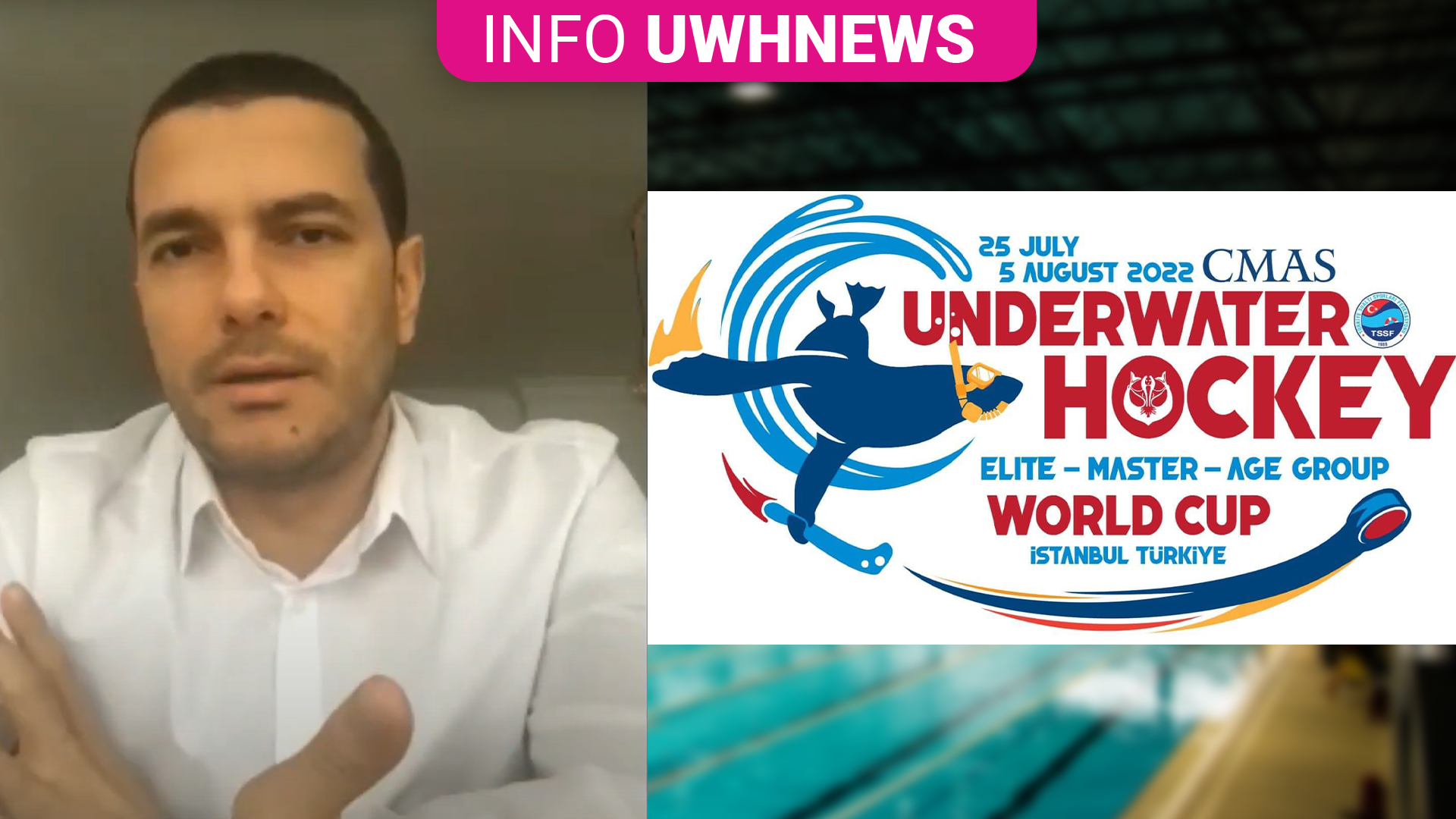 The international competition in Turkey is still a matter of discussion. To answer our questions, we interviewed Cenk Sevinç, representative of the Turkish Underwater Hockey Federation. There are many changes to report !

Since the change of management in the Turkish Federation, there have been a number of changes in the situation regarding the international competition this summer. The main one is the almost certain change of location of the tournament from Istanbul to Ankara. “It’s 99% done but it’s not sure yet. It still has to go through the hands of João José and Tristan Reynard.” A change motivated by several aspects. One of them, and not the least, is the non-conformity of the previously selected pools. “I went to check and I saw that one of the pools was 27 metres long, so it’s impossible to play […] In the other, I saw that the floor was almost shredded, so we didn’t want to risk injury.“

One of the alternatives was the capital and the pool of the Middle East Technical University, which hosted the last Turkish U24 championships. In addition to the new location, the duration of the competition will also change and become shorter. “It will last seven or eight days” adds Cenk Sevinç. A change of venue will be a benefit for a better game quality and more affordable prices, according to the representative of the Turkish federation. “Hotel prices are cheaper than in Istanbul. We are going to establish three price scales so that people can choose.” In order to attract new teams, the registration deadline has also been extended to mid-April.

Another important point is the low number of teams in the Young Age and Masters categories. In order to adapt, Cenk Sevinç suggested the possibility of mixing the two categories, while specifying that a cancellation was possible but not yet considered. “The final decision will be made next week“. He also reacted to the creation of the Youth tournaments in France and South Africa. “If they organise a tournament instead of participating in the one in Turkey maybe the tournament will only be Elite“.

The next CMAS meeting is scheduled for 2 April 2022, we will keep you updated as soon as we have any new information